Every high school has them and at North Shore High School they happen to be called The Plastics. “The Plastics sort of dictate the style and behavior, and what’s cool and what’s not, and the dos and the donts, and what is right and what is wrong. They dictate the rules of high school which we all must follow to a T,” describes Rachel McAdams who played their infamous leader, Regina (Homeroomtoo). When you think back on high school a group of people probably comes to mind, even if they were not as extreme as The Plastics. They were the people you knew everything about, even if you had never really spoken to them. "It is celebrity culture, just shrunk down to high school size," says Tina Fey when she thinks back on her high school years and her experiences with girls similar to The Plastics (Homeroomtoo). These girls can be ruthless, which is evident in Mean Girls, but high school is a time when many people—Plastics included—are still finding their identity and are right in the middle of their coming of age journey. We will break down each member of The Plastics and look at their individual coming of age process. 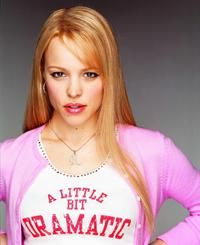 Regina George is the Queen Bee and “it” girl of NSHS. According to author Rosalind Wiseman of the novel Queen Bees and Wannabes, "Think of a combination of the Queen of Hearts in Alice and Wonderland and Barbie...through a combination of charisma, force, money, looks, will and social intelligence, this girl reigns supreme over the other … thereby strengthening her own power and influence." Regina rules the student body with an iron fist and is followed by her minions, Karen and Gretchen. She is undoubtedly worshipped by all, which does indeed hurt her coming of age by hindering her growth. She is described by her classmates in a plethora of ways, from “flawless” to “a scum-sucking road whore” (Mean Girls). According to Rachel McAdams, “...the only thing that keeps [women] from running this whole planet is that we hate each other” (Homeroomtoo). Regina George’s decisions are driven by hate and competition with other females whether it involves her relationship with friends, family or her on and off boyfriend Aaron Samuels.

Regina’s journey to come of age is an interesting one. Initially, her idea of coming of age is to be feared by all and challenged by none, something she does achieve. However, after the arrival of Cady, everything changes for Regina and the rest of the student body. She has to realize that the world is much bigger than the four walls of NSHS and that respect trumps fear. By the end of the film, we see a far more humble Regina. She decides to join the Lacrosse team and is surrounded by a group of girls who “weren’t afraid of her”. This is one of Regina’s first real steps towards coming of age. She distances herself from the rest of The Plastics and begins to create a new path for herself in the real world instead of just “girl world” (Mean Girls). 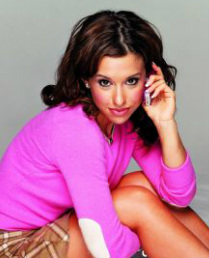 Gretchen Weiners is infamous for many reasons. For one, she is the heir to Toaster Strudel, a name she isn't shy to toss around. Secondly, according to Damian, “her hair is so big [because] it’s full of secrets" (Mean Girls). Weiners craves constant approval from her coparts Karen, and above all, Regina. Although she may have joined The Plastics to escape the wrath of Regina, she only further delves in by becoming a part of her “army of skanks.” She obsesses over Regina with admiration and envy. Lacey Chabert, who plays Gretchen Weiners, describes how she feels about Gretchen and Karen’s roles in the film. “I feel like a puppy dog in some scenes because we follow her around like ‘what are you doing? what are you doing?’” (Homeroomtoo). Even when Cady takes The Plastics throne, Weiners continues to be a follower. Gretchen can be described as 'by the book.' She follows Plastic rules to a T and doesn’t allow anyone to get away with breaking the rules that she had to live under for three years, especially her frenemy, Regina. After Regina puts on some weight as a part of the art freaks’ plan to bring her down, she is confronted by Gretchen about her outfit violation. “Regina, you’re wearing sweatpants. It’s monday...you can’t sit with us!” (Mean Girls).

Gretchen’s membership in The Plastics may be “coming of age” for her, but in reality, fate has a completely different plan. She begins to build a backbone when the fall of Regina’s empire catches wind. While some would say she cracks, others would say she finally began to come of age. Gretchen reflects a character from Queen Bees and Wannabes, the book that Mean Girls is loosely based on. Alison, 16, faced an obstacle similar to that of Gretchen. She got lost in the ladder climbing and became addicted to popularity. In her own words, "I quit drama and popularity and competition. I've been clean for two years now." However, Gretchen never fully becomes 'clean'. After The Plastics’ break-up, according to Cady, “Gretchen found herself a new clique, and a new queen bee to serve” (Mean Girls). Out of all of the members of The Plastics, Gretchen is the most married to the idea of hierarchy and staying close to, but still below the leader. 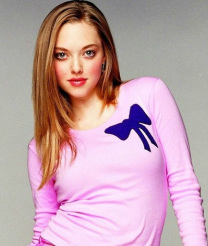 Karen Smith took on the role of the follower and would go along with whatever Regina, or anyone, told her to do. Smith is portrayed as somewhat of a ditz and it seems as though she dumbed herself down to fit into the group. "She's the dumb one, there’s always a dumb one in the group," Amanda Seyfried, the actress who played Karen, says (Homeroomtoo). Although her mistakes and stupid responses often times result in laughs, there really is not much substance behind her character.

As the movie progresses we start to see Smith begin her coming of age journey. There are a few scenes where we get a small glimpse of her potential intelligence. In the four-way phone scene Gretchen tells Karen that Regina was gossiping about her and this angers Karen. Thus, she fakes sick to Regina because she no longer wants to hang out with her. Although small, we start to see Karen stand up for herself and start to develop her own identity. At the very end of the movie Karen leaves The Plastics and finds her own niche as the unforgettable weather reporter. This coming of age step breaks her away from her follower status and marks the start of making choices for herself. Karen has definitely not come of age by the end of the movie but we start to see a few very promising steps. 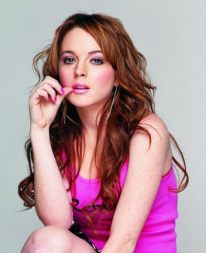 Cady Heron embodies “keep your friends close and your enemies closer.” Regina George recognizes Cady as a threat and brings her in.  Janis Ian on the other hand, identified her as a way to infiltrate The Plastics therefore keeping close to her nemesis Regina. On her first day at North Shore, Damian pushes through the crowd with Cady and yells, “watch out please, new meat coming through!” (Mean Girls). And that is exactly what she is to others: meat. She is constantly being pushed and pulled by the two real mean girls, Janis and Regina. Their conflict is what drives the plot of the film. In the beginning, Cady’s life is about everything but Cady. She is a virgin to American and teen culture. This allows her to be taken advantage of. However, little by little, as she begins to better understand “girl world”, she starts to figure out her place amidst the chaos.

Cady’s coming of age involves losing herself and becoming a new person. The director of the film, Mark Waters, describes her as “a wallflower who is kind of shy and wilting that can get chewed up and spit out” (Homeroomtoo). She is never really an Art Freak nor a Plastic. The beauty of this character is that she flutters from one clique to another, puzzling together the pieces that make her who she is at the end of the film. Cady unwantedly becomes a mediator. With the coaching of Regina and Janis, she is given the power to destroy girl world and to rebuild it from the bottom up. In the ending scene of the film, Heron says, “finally, girl world was at peace” (Mean Girls).
Get to know The Plastics up close and personal in this short clip from the film Mean Girls where see each member of The Plastics individually, as well as what they're classmates think of them.