They are the self-entitled, “greatest people you will ever meet” and the outsiders of North Shore High School (Mean Girls). Janis, Damian and new comer Cady’s coming of age journeys differ from one another however their journeys coincide. Before there was Cady, Janis and Damian were the dynamic duo and dubbed by Amanda Seyfried who plays Karen as “the odd couple [who are] perfect for each other” (Homeroomtoo). As any couple, Janis and Damian triumph through the wars of high school together and grow into mature young adults by their senior year of high school. Although they are the outcasts of the school, Janis and Damian are arguably the most likeable, down to earth characters. According to Jonathan Bennett, who takes on the role of Aaron Samuels, “They actually I think are cooler than anyone else in the school because they don't care what people think about them and just live for who they are” (Homeroomtoo). However, this does not take away from the fact that they are still students of North Shore and under The Plastics’ reign which equates to a sort of obsession with the three girls. Part of Janis, Damian and even Cady’s coming of age was to stop obsessing over the “teen royalty” and to focus on themselves. 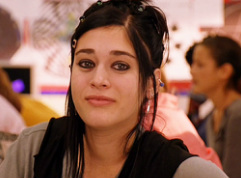 Janis Ian’s coming of age played out a bit differently from that of her costars. She was the outsider, the anti-Plastic and the person who drove the plot of the film by mapping out the fall of The Plastics.  What makes things even more interesting is who her former ‘BFF’ was. According to Mean Girls director Mark Waters, “Regina was [Janis’] best friend and she kind of just went to the dark side” (Homeroomtoo). Through Janis' sentiments towards Regina, we see that beneath her confident and sarcastic exterior exist insecurities that date back to her blowout with the leader of The Plastics. Although their friendship ended years ago, she still seeks revenge which shows that she was not detached from her childish tendencies. Daniel Franzese also known as Damian refers to Janis as “the mean girl you want to give a hug to” (Homeroomtoo). Although she may be seen as the most ‘grown-up’ character out of the high school students, she is in a lot of ways immature and mean. Janis takes a coming of age step at the end of the film during the girl intervention in the gym when she admits to her wrongs in front of the entire eleventh grade female student body (and Damian). After that moment, she forgives Cady and cuts loose of her resentment towards The Plastics and moves on with her life alongside her new beau, Kevin Gnapoor. 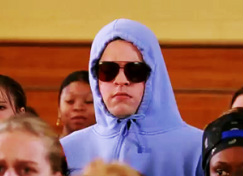 Janis's partner in crime Damian is also one of the first people to welcome Cady into NSHS. He and Janis are inseparable and sometimes feel as though they are one. Lizzy Caplan, who plays Janis says of the two, "It’s like my soul was taken out of my body and split in half and I got half and [Damian] got half" (Homeroomtoo).  Damian is alongside Janis as they plan the demise of The Plastics, which in some ways turns out to be meaner than anything The Plastics did. Daniel Franzese, who plays Damian, says "I think I am a boy mean girl in the movie when I am with Janis" (Homeroomtoo).

Damian’s coming of age is not totally evident in the movie since he relies on Janis (and vice versa) to make many of his choices and decisions. He even attends the all-girls assembly where he shouts his famous line, "She doesn't even go here!" (Mean Girls). However, he is a good friend to Cady at the beginning of the movie when she had no one at a new and unfamiliar school, which is promising. Also, he is very secure with himself and his identity. Damian seems like a genuinely good guy and will be just fine on his coming of age journey. 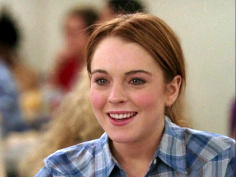 With her fellow Art Freaks is where Cady Heron does most of her coming of age. Janis and Damian are Cady's first friends at North Shore and show her the ropes. Director Mark Waters describes Cady's experience saying, "First she is overwhelmed by the sheer madness of it all … and basically has no place to find her footing and then the biggest outcasts of the school … see her as someone who could be a kindred spirit just because she seems weird” (Homeroomtoo). Although they used Cady as bit of a pawn in their scheme to destroy The Plastics, they most definitely grow to love Cady and consider her one of their good friends because they do find similarities between each other.

It is not until Cady fully immerses herself in the world of The Plastics and alienates Janis and Damian that she realizes what a total mistake she has made and how she has hurt the people that love her. Lindsey Lohan, who plays Cady, says "Everything kind of blows back in her face because she doesn't realize what she has done and what she has created" (Homeroomtoo). This is a huge step in Cady's coming of age because she realizes her sense of self and that this person that she has become really is not who she wants to be at all. She starts forming her own values and takes charge of the direction her life is going in. The Art Freaks are instrumental in Cady's coming of age story and the film would have taken a very different direction had she not met them on her first day.
Want to see The Art Freaks in action? Watch this clip of Cady's big blowout with Damian and Janis that marked the beginning of the clash of the cliques. This takes place after Cady's house party that she neglected to tell Janis and Damian about.
Powered by